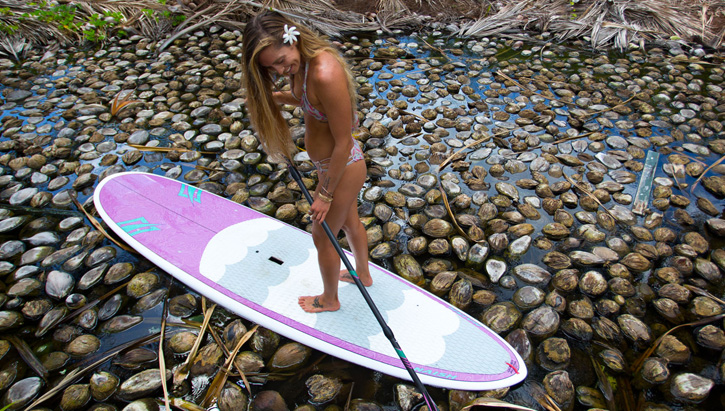 ABOUT STAND UP PADDLE

SUP or Stand Up Paddle is ONE OF the fastest growing sport in the world  and for good reason.

“Stand Up Paddle (SUP) is unique in its ability to give you a low impact, full body workout whilst having a tonne of fun”

Stand Up Paddle boards were born out of the waterman traditions of the Hawaiin islands.

From simply standing on a large board and catching waves, Stand Up Paddle boarding has exploded around the world into many different ways to enjoy any body of water, be it inland or the ocean.

Because there are so many ways to enjoy the sport and the fact that ANYONE can do it means that the sport is for everyone.

“Stand Up Paddle boarding is all about having fun while improving the overall quality of your life. It is highly addictive and at the same time relatively simple to learn. With age no barrier, even kids can do it. One only has to look at the oldest paddle boarder in the world today and one of the sport’s pioneers, John Zabotocky, to fall in love with this sport instantly.”

“The all inclusiveness of Stand Up Paddle is one of its main atTRACTION”.

5 Reasons to Try Stand up paddleboarding

For may of us Stand Up Paddle boarding has changed our lives. There are many reasons why this simple sport of standing on a board and paddling gives back so much.

Standup paddling is an awesome workout, which is one reason why many top athletes from various sports use SUP to cross-train. Whether standup paddling, SUP surfing, practicing SUP yoga or SUP pilates you’re engaging muscles, burning calories, increasing your heart rate, and getting those endorphins pumping. Standup paddling forces you to activate muscles from your shoulders down to your toes, so you’re truly getting a full body work out–even during light paddling sessions.

Being out on the water, surrounded by nature and its beauty is scientificallyproven to help you relax. While we know we’re happy post-paddle partially due to those endorphins, tuning out the stresses of everyday life during your SUP session naturally helps you unwind. Standup paddle for a healthy approach to giving your overworked mind a break.

A fun—and safer—way to SUP is to share the time with friends. If you and your pals aren’t into just cruising, there are plenty of social SUP activities supervised by professionals, from SUP tours that include winery and brewery stops, to group SUP trips, SUP-related festivals, and even kids summer camps. There’s endless opportunity to make lasting memories when you have a paddle in hand and friends alongside.

The competitive side of SUP is strong, with races held year-round and worldwide. There’s a competitive event suited for every type of standup paddler, including river races, SUP surf contests, downwind races, and sprints–all with varying board classes, age and skill level divisions. Friendly and serious competitive events can be found near you by checking out your local event calender.

SUP allows us the adventure of exploration and discovery,the ability to travel great distances and far-reaching places we’ve never laid eyes upon. The sport offers the opportunity to experience new thrills in once tired places, while invigorating our souls with the excitement of the unfamiliar and the unknown. From exotic countries to our local waterways, standup paddling gives people the chance to explore the world from a different perspective.
You can read more at http://www.supthemag.com/features/paddle-healthy/why-sup-5-reasons-to-try-paddling/#1WL5zrEqMI5pBTLT.99

5 HEALTH AND FITNESS BENEFITS OF SUP

Stand Up paddle boards offer a range of fitness benefits. Here are 5 of the best-

1. IT cleanses the mind

The feeling of gliding over water whilst physically exercising is one of the best ways to cleans your mind of day to day stress.

You are constantly adapting and adjusting your balance on a stand Up Paddle Board. With time this becomes second nature and improves your overall balance, concentration and stability

A huge attraction of Stand Up Paddling is that you can get a full body work out that is low impact. If you fall in, all that happens is that you cool down!

5. IT works just about every musclE inthe body

From your toes-to-your-nose your are working every key muscle group whilst targeting your core, it truly is a low impact full body work out that is FUN!

HOW IT ALL STARTED

Stand Up Paddle boards first started to appear in Australia in around 2003. Some of the early  pioneers of the sport were Chris De’Aboitz and Woogie Marsh in Noosa, which many regard as the birth place of SUP in Australia. Locally Tom Carrol and Ritchie Lovett were early adopters in Sydney who really helped gain the critical exposure for the sport in the early days. The first time it hit the mainstream media was in May 2007 on the  ABC 7:30 report

We first tried it in 2007 and were immediately hooked by the ease of catching any type of wave, the big fun element and the overall feeling of well being after every paddle. That same year we started the Balmoral SUP School and Balmoral StandUp Paddlesurf. We moved into our new premises in North Manly in October 2010 where we are today, with our SUP school still based at Balmoral beach.

The Sydney Weekender came down and visited us in 2009.

THE BRIEF HISTORY OF STAND UP PADDLE

The first stand up paddle surfers emerged in Waikiki in the early 1950s, when the post-war tourism boom saw Matson cruise liners deposit thousands of thrill-hungry Americans on the beach under the shadow of Diamond Head. Naturally, they wanted to try their hand at the new sport of surfing, or at least take a canoe surf under the expert guidance of a Waikiki beachboy. And there were plenty of beachboys up for the job. Duke Kahanamoku and his brothers were a bit long in the tooth by this stage, but in their wake had come a whole new generation of beachboys who lurked under the banyan trees flirting with pretty heiresses until their bosses, the concierges of the luxury hotels on the beachfront, waved them into action for the benefit of another troop of newly-arrived thrill-seekers.

There being no point in risking life and limb in the pounding breakers unless you had a photo to prove it, the beachboys were called upon not only to teach the sport but to photograph it, and the box brownie cameras of the day made that rather difficult. No one can now remember who was the first – maybe it was one of the Ah Choy brothers, Leroy or Bobby – but one of the beachboys came up with an ingenious idea. He borrowed a paddle from an outrigger captain, hung a Kodak around his neck and paddled into the break standing on his redwood hot curl board. To fall was to destroy an expensive camera, but put them on a board and beachboys can do anything, and soon full-frame photos of Cindy-Lou’s first wave, shot from right there on the same wave, on the next board if you can believe it, were de rigeur for the tourists. Inadvertently, the beachboys had invented a new style of surfing which, naturally enough, became known as “beachboy surfing”.

This went on at Waikiki right through the ‘60s and ‘70s, until even longboards got smaller and cameras became waterproof, yet no one really picked up on the fact that, with a few basic refinements of equipment, beachboy surfing could be big fun. Well, no one that is except a few beachboys like the incredible John Zabatocky, who started to surf with a paddle to take photos and soon adopted paddle surfing as his only surfing discipline. Still going strong in his 80s, John is a true pioneer of SUP, along with Bobby Ah Choy, who made the final of a SUP event in 2007, just weeks before his passing. The renaissance of SUP can probably be tracked to a long summer flat spell in 2000, when serious watermen like Laird Hamilton and Dave Kalama on Maui and Brian Keaulana, Mel Pu’u and Bruce De Soto at Makaha, seized on the idea of paddling their tandem boards as fitness workouts. It didn’t take them long to realize how much fun this aspect of surfing could be. In 2004 Brian Keaulana introduced SUP as a division at his father’s famous surf event and party, Buffalo’s Big Board Classic at Makaha. It was hugely popular, got major media coverage and the seal was broken. SUP was up and running.

Interestingly, in Matt Warshaw’s definitive Encyclopedia of Surfing, published in 2003, there is not one reference to stand up paddle surfing. Just four years later you can Google almost half a million references to it, and SUP cultures are emerging in every part of the known (and unknown) surfing world. With events like Australia’s famous Noosa Festival of Surfing and Malfunction following Brian Keaulana’s lead in creating SUP divisions, and barely-surfable locations like England’s Brighton Beach hanging their hats on SUP, the potential for growth in the sport is enormous. So enormous, in fact, that SUP surfers can stand by for a backlash from board surfers at crowded breaks. But with world champion surfers like Hawaiian watermen Keaulana, Kalama, Hamilton and Kalepa, 80s shortboard star Tom Carroll, Pipe Master Rob Machado, longboard champions Joel Tudor and Josh Constable, and former tandem champion Chris de Aboitiz setting the standard and becoming role models for the new/old sport, it seems likely that a code of conduct will allow everyone to enjoy the waves.

Our thanks to Grant of standuppaddlesurf.com.au for this article. 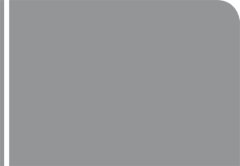 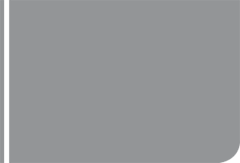 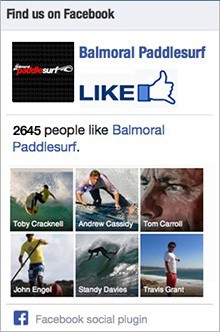